The winner of the Lynn Painter-Stainers Prize 2017 is a large scale ink drawing by Christopher Green. He wins the £15,000 First Prize and the Gold Medal funded by The Lynn Foundation.

This post tells you about the prize and how to see the exhibition of selected works. It also contained images of the exhibition, my commentary on the exhibitions and references past blog posts about this prestigious competition.

Lunchtime, Liverpool Street is a very calligraphic drawing/painting with a lot of intense tones and masses of content and detail - although it's not drawn in a hyper-realistic way.

Apparently, the artist spent two months standing outside a London branch of McDonald's drawing the scene that won this top prize in the UK art world.

The work was created in sections. There are (I think) 48 pieces of paper on which the drawing has been created. He's been meticulous with the crossovers. You're aware that it's a composite but there's nothing in the crossovers that prompt this realisation. Everything butts up beautifully!

Christopher Green completed The Drawing Year at The Prince's Drawing School (now the Royal Drawing School) in 2008, after graduating with an MA Fine Art from Byam Shaw School of Art.


The other prizewinners are as follows:

Commentary on the exhibition

My conclusions were as follows:
I knew that there was something about the colour which kept tugging at my brain and finally I worked it out.

The palette throughout the exhibition is earths, blues, greens and neutrals. There's incredibly little within the red-purple spectrum (see the images of the exhibition below to see what I mean). What little red there is really bounces off the wall at you. 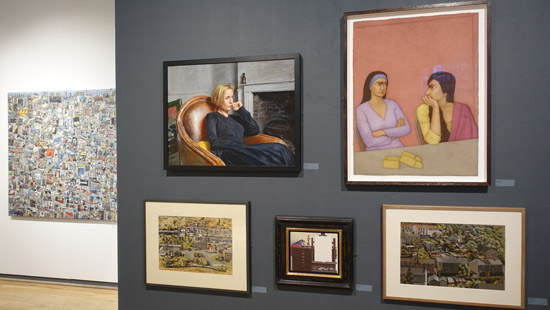 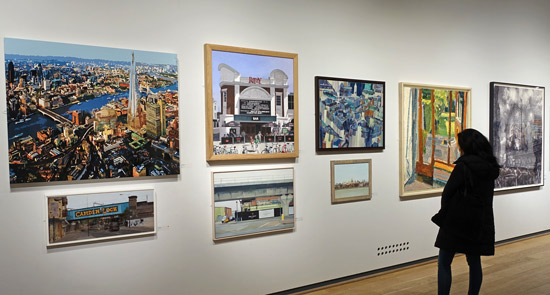 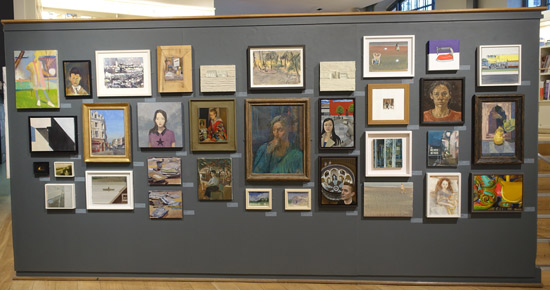 COMMENTS HAVE BEEN CLOSED AGAIN because of the amount of spam and copying of my blog posts which is taking place. Removing them is taking too much time.
Please feel free to comment about the blog on my Facebook Page as my blog posts are always posted there but please note
1) anonymous comments are NEVER published
2) automated / spam / scam comments are never ever published on this blog
3) I ALWAYS block and report spammers to Google and/or on Facebook