The tech people at Google may be regretting the notion of revamping Blogger.  Below I'm itemising the problems I've encountered. There may be more!

If you are an ordinary reader please excuse the VITRIOL - which is included in the hope that somebody from Google Blogger might read it!!

Below are two main faults


plus a section why the new interface is dysfunctional - which contains


It's a big mistake to change what works - without

That was the situation in May. We're now reaching the end of June and it would appear that
They better not remove Legacy Blogger because the system STILL does not work properly - and this post is being written in Legacy Blogger to preserve my sanity and keep my hypertension in check!


It's an even bigger mistake to be appalling at communicating about change - but that is what Google has succeeded in doing
Obviously Fontaine - who wrote the blog post - has had no training in communication because s/he/it LEFT OUT the critical information that Blogger users need to know until the penultimate paragraph (my bold of the critical information which is NOT ON THE DASHBOARD)
This proposal frankly shows evidence inexperience, lack of awareness and ineptitude in equal measure.

How can you do away with a legacy system when THE NEW ONE DOES NOT WORK!!? 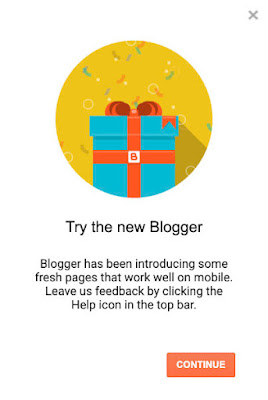 I know a number of my Readers use Blogger for their own blogs - in which case:

Why the new interface is dysfunctional

Let me count 10 ways it does not work

1. IMPOSSIBLE to upload images from my computer

This is the big one. IT's improved somewhat - but is still not working for everybody.

What was happening is that you click the picture icon and say "I want to upload an image from my computer" and it triggers a large white box with a spinning wheel over a document icon - and momentary notice that it is unable to contacts Google Docs. Given the fact I had no intention of connecting to Google Docs this was very puzzling. It then got extremely boring because the spinning wheel never went away.

The latest is that a picture is uploaded and then does not appear.

So, currently, uploading images very much continues to be a problem for some - particularly those using Safari for a browser.


Exactly the same problem. Back in May I got a big white space - and NO VIDEO if indicate I want to upload from

Now I upload a video from YouTube and it's completely and utterly pathetic. Here's one of mine to illustrate what I mean

This is NEW BLOGGER's idea of a video upload (incidentally it did not upload where I indicated and I've had to move the text instead. (This is an image rather than real thing - because I can't mix modes - but this is the size which appeared)

Bit of a difference? Plus mine will play - a small but critically important point!

3. OBSESSIVE USE OF ICONS rather than words


Not everybody understands icons. Google are obsessed with the idea that icons are multi-cultural - but that's only the case if they are well designed icons - in the right place!

4. FEEDBACK about the new interface is difficult - because it is not signalled clearly


The ? inside a circle is BOTH the Help system and the Feedback system.

You'd think that anybody introudcing a new system would have made FEEDBACK VERY OBVIOUS?

Not the clowns who are designing the new interface at Google Blogger. They have no concept of communication - otherwise they would not have launched a new default system with so many faults.

It takes a while to find out where they are hiding the Headings menu.

There's no drop down menu providing a very fast way of inserting headings, sub-headings and minor headings into blog text. You MUST know how html works to make a heading.

Starting a new post is far from obvious. From a clearly signalled New post button top left it was of course perfectly obvious to Google - but not me - that I should look bottom right for a circle with a cross in the middle of it and KNOW that this was supposed to mean "new post"!

Labelling posts now takes about five times longer than it used to do. It's both a timewaster and completely frustrating - because it drops labels as you save new ones.

Plus you can never ever see clearly what labels it has got already. 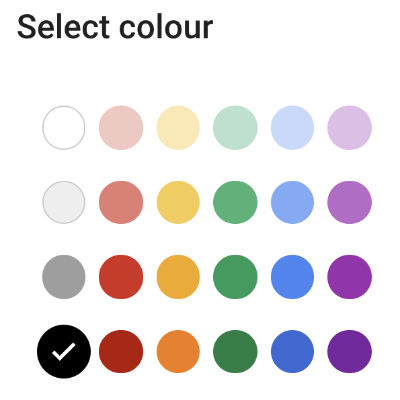 This means that all previous 3,869 posts which have been designed to have specific colours might look wrong

More importantly, although it allows you to choose a colour from a palette and "save" it - the so-called doesn't last five minutes

I selected the colour I use for headlines and had to save it four times yesterday while writing a post and colouring quotes and in the end, revolted and went back to the Legacy Blogger

BECAUSE WE HAVE A DEFECTIVE COLOUR PALETTE WHICH IS A DOWNGRADE ON WHAT WENT BEFORE.

They've moved functions on the dashboard and post screen without providing a clear signal
The reality is I've had Google Search on my blog  forever - and also available to readers too forever - just by putting the Google search code into an html module at the top right of my right hand column!


I used to be able to make simple changes very quickly and simply.

It now takes forever and will put a strain on my tendonitis because of the distances I have to move the mouse to do things which used to be done in two seconds in a small space on the dashboard.


I've been a very happy user of Google Blogger for over 15 years and have never ever moved because it is so simple and easy to use - and very reliable.

This NEW BLOGGER is really trying my patience BIG TIME.

I do not look forward to being forced to the realisation that I need to move 3,885 posts written over the last 15 years.
Making A Mark on Wednesday, June 24, 2020

COMMENTS HAVE BEEN SUSPENDED AGAIN due to very silly ignorant people who leave spam comments without realising they have no benefit for them.